IMDb: 6.5 2019 103 min 1 views
When architect-turned-recluse Bernadette Fox goes missing prior to a family trip to Antarctica, her 15-year-old daughter Bee goes on a quest with ...
ComedyDramaMystery 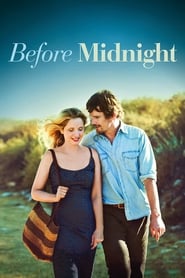 IMDb: 7.9 2013 109 min
It has been nine years since we last met Jesse and Celine, the French-American couple who once met on a train in Vienna. Now, live in Paris with ...
DramaRomance

IMDb: 8.1 2004 80 min
Nine years later, Jesse travels across Europe giving readings from a book he wrote about the night he spent in Vienna with Celine. After his ...
DramaRomance

IMDb: 8.1 1995 101 min
On his way to Vienna, American Jesse meets Céline, a student returning to Paris. After long conversations forge a surprising connection between ...
DramaRomance