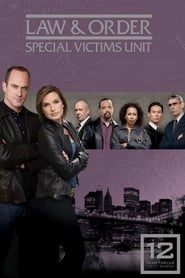 The 12th season of Law & Order: Special Victims Unit premiered in the United States on the National Broadcasting Company on September 22, 2010, and concluded on May 18, 2011. This was the first season that the show did not air alongside the original Law & Order. Episodes initially aired on Wednesdays between 9 and 10 p.m. Eastern except for the season premiere which aired from 9 to 11. After the winter hiatus, SVU returned with another two-hour showing on January 5, 2011, before the broadcast time switched to the 10 p.m. time slot the following week. At the end of the season, Neal Baer resigned his position as showrunner. After the season finale, Christopher Meloni and B.D. Wong both left the cast.