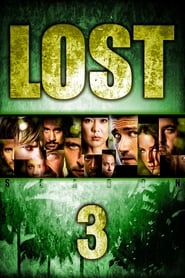 The third season of the American serial drama television series Lost commenced airing in the United States and Canada on October 4, 2006 and concluded on May 23, 2007. The third season continues the stories of a group of over 40 people who have been stranded on a remote island in the South Pacific, after their airplane crashed 68 days prior to the beginning of the season. In the Lost universe, the season takes place from November 28 to December 21, 2004. The producers have stated that as the first season is about introducing the survivors and the second season is about the hatch, the third season is about the Others, a group of mysterious island inhabitants. In response to fan complaints about scheduling in the previous seasons, ABC decided to air the episodes without reruns, albeit in two separate blocks. In the United States, the first block consisted of six episodes aired on Wednesdays at 9:00 pm and after a twelve week break, the season continued with the remaining 16 episodes at 10:00 pm. In addition, three clip-shows recapped previous events on the show. “Lost: A Tale of Survival” aired a week before the season premiere, “Lost Survivor Guide” aired before the seventh episode and “Lost: The Answers” aired before the season finale Buena Vista Home Entertainment released the season under the title Lost: The Complete Third Season – The Unexplored Experience on December 11, 2007 in Region 1 on DVD and Blu-ray Disc.