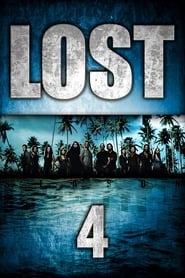 The fourth season of the American serial drama television series Lost commenced airing on the American Broadcasting Company Network in the United States, and on CTV in Canada on January 31, 2008 and concluded on May 29, 2008. The season continues the stories of a group of over 40 people who have been stranded on a remote island in the South Pacific, after their airplane crashed there more than 90 days prior to the beginning of the season. According to Lost’s executive producers/writers/showrunners Damon Lindelof and Carlton Cuse, there are two main themes in fourth season: “the castaways’ relationship to the freighter folk” and “who gets off the island and the fact that they need to get back”. Lost came under scrutiny from critics in its third season, but the fourth season was acclaimed for its flash-forwards, pace and new characters. The season was originally planned to contain 16 episodes; eight were filmed before the start of the 2007–2008 Writers Guild of America strike. Following the strike’s resolution, it was announced that only five more episodes would be produced to complete the season; however, the season finale’s script was so long that network executives approved the production of a 14th episode as part of a three-hour season finale split over two nights. The fourth season aired Tuesdays at 9:00 pm from January 31 to March 20, 2008 and at 10:00 pm from April 24 to May 15, 2008. The two-hour finale aired at 9:00 pm on May 29, 2008. Buena Vista Home Entertainment released the season on DVD and Blu-ray Disc under the title Lost: The Complete Fourth Season – The Expanded Experience on December 9, 2008 in Region 1; however, it was released earlier—on October 20, 2008—in Region 2.