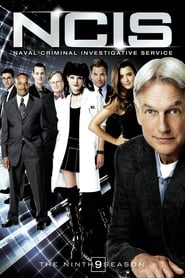 The ninth season of the police procedural drama NCIS premiered on September 20, 2011, in the same time slot as the previous season. Season nine introduced several new recurring guest stars, most notably Dr. Samantha Ryan, a love interest for Gibbs. By the end of the season, NCIS and the Navy had found themselves under threat from a new and dangerous enemy: insurance CEO-turned terrorist, Harper Dearing, who lost his son in a fire aboard a Navy ship and is out for revenge against the Navy for not solving the problem that led to the fire and then not updating ships with the same problem. He also has a grudge against NCIS, as his son wouldn’t have been on the ship if they had not transferred him. Managing to get a hold of powerful explosives, Dearing started firebombing Navy ships. However, towards the end of the season, Dearing stepped up his game: he had Director Vance abducted. Whilst NCIS found him quickly, it transpired that Dearing was only after Vance for his car, managing to rig up explosives in the car seat so that Vance would unknowingly deliver a car bomb to the Navy Yard. By the time Gibbs realized, it was nearly too late; the bomb detonated, resulting in major damage to the NCIS building, as well as many deaths and injuries and leaving the fates of Gibbs, Tony, McGee, Abby, Ziva and Vance unknown. Upon learning of the destruction, Ducky suffered a heart attack on the beaches of Miami. The finale aired on May 15, 2012.