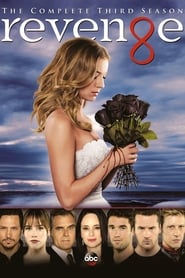 The third season of the ABC American television drama series Revenge is to be airing on Sunday, September 29, 2013 at 9:00PM Eastern/8:00PM Central with development starting in July. Ashley Madekwe and Connor Paolo will not be returning as Ashley Davenport and Declan Porter, respectively, although Davenport’s storyline is to close in the premiere. On July 12, 2013 it was confirmed that Justin Hartley will join the cast as Patrick Harper, Victoria Grayson’s long lost son. This is also the first season not to have Mike Kelley as Executive Producer and Showrunner. On May 3, 2013, Sunil Nayar was confirmed as the new executive producer.