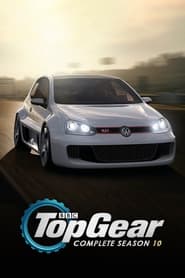 Top Gear returned for a tenth series, containing 10 episodes, broadcast between 7 October 2007 and 23 December 2007. It was claimed that between the filming of the ninth and tenth series, rival motoring magazine Fifth Gear broke into the Top Gear premises and burnt down the Cool Wall. However, it was later revealed that the incident was a publicity stunt dreamed up between old friends Clarkson and Vicki Butler-Henderson. The opening episode of the series mentions the incident. The series was followed by four “Best Of Top Gear” specials, charting the best moments from the series. The “Top Ground Gear Force” special also aired as part of the series.