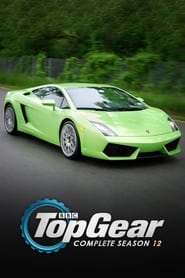 The 12th series of Top Gear contained eight episodes, and premiered on 2 November 2008, with the usual presenting team of Jeremy Clarkson, Richard Hammond, James May and The Stig. Clarkson was injured while filming the series, after crashing a lorry through a brick wall at 56 mph in the first episode’s HGV challenge. The running joke regarding the Dacia Sandero continues from series 11, with the alteration that Clarkson is now the one making the announcement with feigned enthusiasm, to utter indifference from May. Each news segment also features one of the hosts wearing something unusual, like slippers or a garishly patterned shirt. The only reference to this is that one of the other hosts will, at some point in the segment, ask if they’re wearing it for a bet. The Stig, instead of listening to music during power laps, now listens to morse code. The final episode, the “Top Gear: Vietnam Special”, aired two weeks after the rest of the series as part of the BBC’s Christmas line-up. The series was followed by four “Best Of Top Gear” specials, charting the best moments from Series 11 and 12.