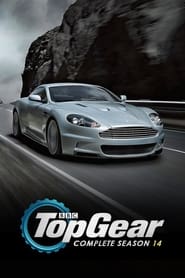 Top Gear returned for a 14th series, aired on BBC Two and BBC HD, on 15 November 2009, with the usual presenting team of Jeremy Clarkson, Richard Hammond, James May and The Stig. The series contained 7 episodes. Episode 1 featured the team being sent to find the Transfăgărăşan road in Romania with Jeremy in an Aston Martin DBS Volante, Richard in a Ferrari California and James in a Lamborghini Gallardo LP560-4 Spyder. Episode 2 featured Jeremy, Richard and James attempting to build an electric car better than a G-Wiz. Episode 3 featured a road trip between James May in a caravan airship and Richard Hammond in a Lamborghini Balboni. Episode 4 featured a road test of Renault Twingo RS 133, before being driven off the docks in Belfast. Episode 5 featured Jeremy, James and Richard taking over an art gallery in Middlesbrough and filling it with motoring-related works, in attempt to prove “cars can be art too”. In the style of their trips to Vietnam, Botswana, the North Pole and the United States, Episode 6 was a 75-minute special from Bolivia. Episode 7 featured Jeremy’s worldwide review of the BMW X6, including visits to Hong Kong, Spain, Barbados and Australia. The series was followed by four “Best Of Top Gear” specials, charting the best moments from Series 13 and 14.